I found this in my "drafts" section when I logged in for the first time in years just now. Thought it was still quite relevant, so here you go......


I have read some pretentious bollocks in my time but a recent blog post that appeared on the Guardian online (let's face it, a tree groaning with low hanging fruit when it comes to pretentiousness) really takes the biscuit. 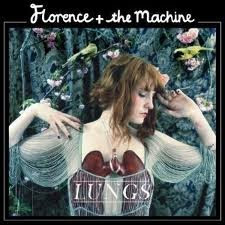 Entitled "Florence and the Machine feed a bourgeois fantasy of 'folksiness'" the author, Alex Niven, spews forth a veritable tsunami of pseudo intellectual verbosity, the meaning of which I am still (after several readings) trying to fathom but which seems to suggest that any middle class, privately educated musician who enjoys commercial success is somehow an imposter and a fraud, especially if their style is "folksie".


Aside from the fact that the target of his ire, Florence and the Machine (pictured left), is anything but "folksie", this Leonard Sachs on speed is so wide of the mark that he is barely on the same page as it.


Get your laughing gear around this nugget of literary gold - "These artists seem to speak of a wealthy urban elite turning aside from the realities of the political system that undergirds its wealth and power to revel in a daydream of vintage Bob Dylan and Joni Mitchell records, secret gardens, allotments, woolly jumpers, fairy costumes, cake-baking, and homey, Keep-Calm-and-Carry-On bathos", he blathers. Or perhaps, Alex, they just like making music and entertaining people. They write nice tunes, they sing in tune, their songs are well produced and they are entertaining. Just because they are not using the medium of song to protest, to symbolise their struggle against oppression, to raise awareness of a political cause it does not mean that their songs are worthless. The fact that they come from a comfortable middle class background and are not mentioning that in their music does not make them frauds. What are they suppos 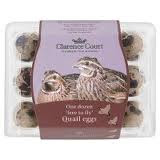 ed to sing about? The fact that Waitrose have run out of quails eggs or that mummy shrunk their Jack Wills hoodie?

A wise man once wrote "I want to be moved by the needle in the groove" (okay, it wasn't a wise man, it was my mate Tim who writes the songs and plays guitar in our band - and if you don't understand the allusion to "needle" and "groove" you are too young to be reading this), but there are many ways in which music can move someone. It doesn't have to be laden with political meaning or to deliver a powerful message about anything. There is nothing shallow or superficial in enjoying music for what it is. Music credibility is not the sole preserve of the oppressed underclass.

I have seen Florence (or FATM as she is apparently known), Mumford & Sons and Laura Marling live at various times and they were all very entertaining. The fact that they come from a middle class background did not stop thousands of people sharing the same opinion. Their tunes are catchy, they connect well with their audience and they entertain. I felt no discomfort at the fact that they had not dragged themselves up from the poverty of the ghetto and that they were feeding a bourgeois fantasy of folksiness.

I recently went to see Anna Calvi perform at Concorde 2 in Brighton. For those of you who do not know her, she is a very talented guitarist and has a very powerful voice. Her style is very individual. She comes across as modest and unassuming. Concorde 2 is a terrific little venue right on the beach in Brighton and the gig was sold out. The place was packed, and yet in parts of her set you could hear a pin drop (or rather, more atmospherically, the sound of the waves crashing onto the beach outside), such was the hold that she had on the audience. I have never experienced anything like it and it was genuinely moving. I don't care what her background is and I suspect that she doesn't care about the demographics of her audience – she was there to entertain and we were there to be entertained. And it worked very well.